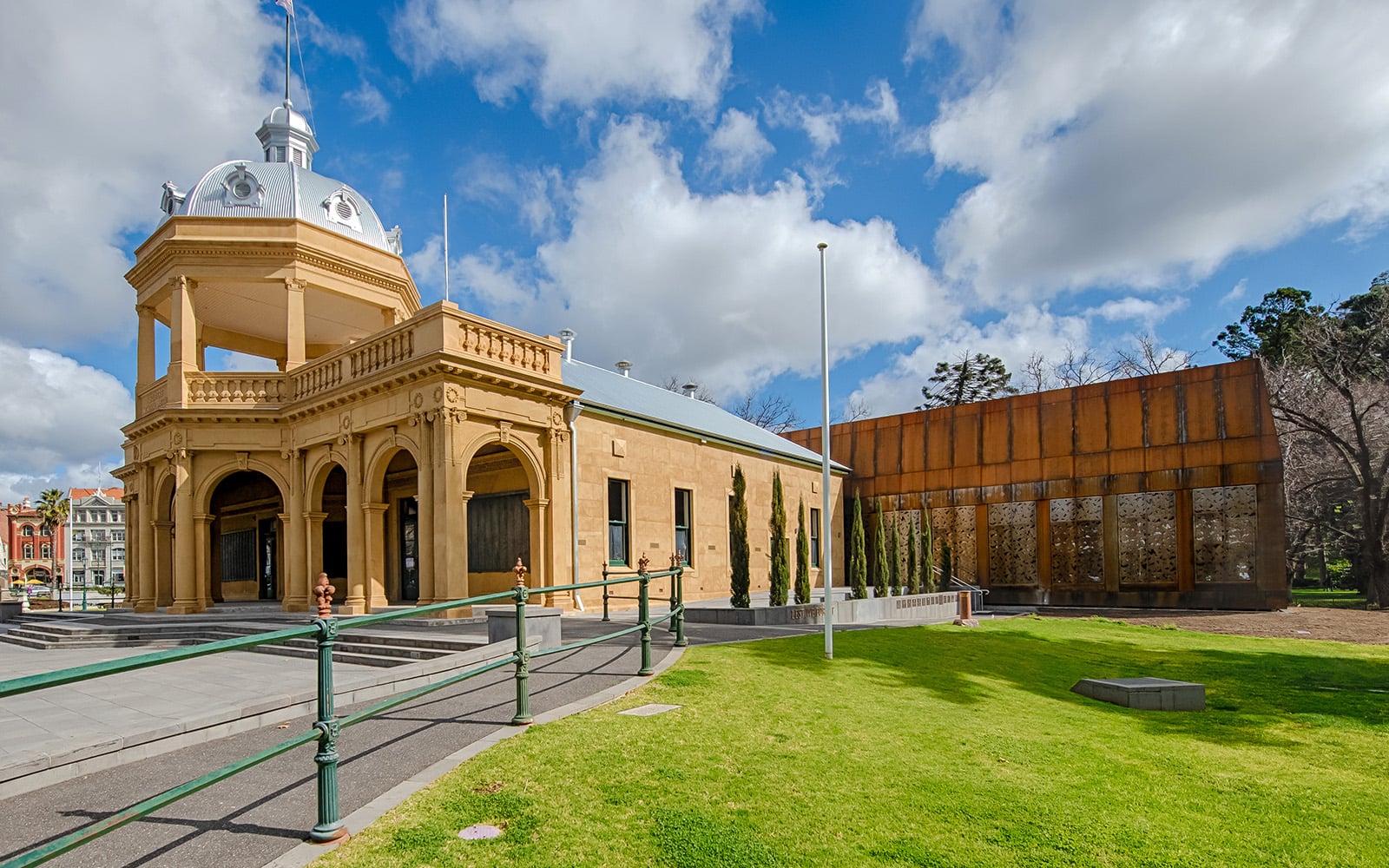 The Returned Soldiers’ Memorial Hall grew out of the returned soldiers’ associations that were established throughout Australia during and after World War I. The first such association in Bendigo was established at the home of a local woman but by 1917 the Returned Soldiers’ Association was advocating for the creation of club rooms at the former Hustler’s Royal Reserve mine site, Pall Mall. Local architect George Dawson Garvin was commissioned to design the Memorial Hall and it was officially opened by the Governor of Victoria in 1921. The Institute building was added to the Victorian Heritage Register in 1997. Recent conservation works by Lovell Chen have included the removal of past extensions and, as the building is sited over old mineshafts and on a compacted mullock heap, underpinning. A new gallery designed to Passive House standards and conceived as a contemporary interpretation of the arcaded loggia, nestles behind the Institute. The external use of a single material for the walls and roof blurs the scale of this new addition, allowing it to read as a single storey building. An entry vestibule at the north end mediates between the inner gallery and an encircling verandah that also provides additional exhibition space. The verandah is timber lined (floor, walls and ceiling) focusing and framing the visitors views constantly outwards through the arcaded openings, in-filled with glass and perforated mesh.

The Soldiers Memorial Institute Military Museum relaunches to the public from Friday 16th of November.